Circle recently opened up early access to a new cryptocurrency investing app. Their goal is to provide US customers with free and instant cryptoasset buying and trading.

With the tagline “crypto without the cryptic” the Goldman Sachs backed company “Circle Invest” aims to provide investors with access to Circle Trade, the company’s institutional trading desk. Circle Invest users can invest in cryptocurrencies for as little as $1. The company does not charge commission for their service, which aims to undercut exchanges like Coinbase with an enticing no fee model.

Investors can purchase cryptocurrencies instantly and all user assets are stored in offline cold storage. The platform currently does support deposits or withdrawals. The investing app launched with buying and trading support for Bitcoin (BTC), Bitcoin Cash (BCH), Ethereum (ETH), Litecoin (LTC) and Ethereum Classic (ETC) with plans to bring more currencies to the platform in the near future.

Due to regulation and regional differences in law, the app is currently unavailable to users in Minnesota, Hawaii, New York or Wyoming. Circle is however working on becoming available in New York “very soon” and with recently passed legislation in Wyoming we should see it opening up to users there soon as well.

Circle is the newest heavyweight to add cryptocurrency functionality to its product line. Popular stock investing app Robinhood recently added cryptocurrency trading to its platform, although this feature is currently only available in five states. Square, meanwhile, offers Bitcoin trading to most US Cash App users and unlike the other two apps it allows users to withdraw their coins after performing verification.
Related Topics:Circle InvestExchangefeaturedMobile Trading
Up Next

High Class Restaurants In The U.S. To Spend Your High Class Crypto 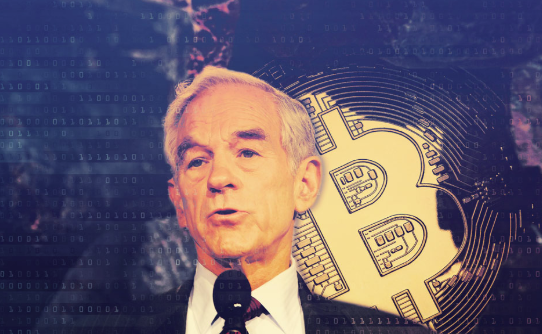 During a recent “Squawk Alley” interview, Former Republican congressman and presidential candidate, Ron Paul- discusses how he is in favor of cryptocurrencies as well as block change technology. Apparently, he enjoys competing currencies and believes they are a good idea.

He also believes that the governments only have the right to step in to prevent fraud from taking place. In the interview, Paul states that, “the government has a role. And if somebody has a case that there is fraud, I think it should be investigated.” Paul then goes on to state that what he wants to do “is legalize the freedom of choice, absent blatant fraud.” Agreeably so, this is exactly the type of perspective that the crypto world needs.

Throughout the interview, Paul compares crypto to gold in many ways. He points out how both assets are competing with traditional fiat money. He discusses how our government has never been “very tolerant of competition, and they’re not even tolerant with using the Constitution to compete with the fiat dollar. Because gold and silver, you can’t use it.”

This isn’t the first time that Ron Paul has discussed his views on crypto. Back in 2014, the Former Republican Congressman displayed his concerns about the foundation of crypto and Bitcoin. However, he acquired a bearish pro-crypto outlook on the future of fiat money. Paul believes that the dollar won’t last long as “they all self-destruct.” According to Paul, the only competition for the dollar is the euro and yen- which “isn’t any good.”

Binance got hacked for $40 Million Dollars in Bitcoin, is your money safe?

The short answer is Yes, your money is safe.
Fortunately, Binance was prepared and your money is safe in due to SAFU. Meaning the ‘Secure Asset Fund for Users’ will cover this completely. This is the very reason Binance is self-insured.

Technically speaking the Binance exchange itself was not hacked, it has officially been stated by Binance that a large number of API Keys, 2FA Codes, and other user info was acquired by said hackers utilizing techniques such as phishing, viruses and other types of digital attacks. This means that it was user accounts that were compromised by the users themselves and not Binance.

In an age where digital security is more important than ever, this is a stark reminder to keep your data safe and secure at all times.

TLDR About the Binance Hack:

Interview with “CZ -The most powerful man in Crypto” talks Binance, Mining & Lifestyle

Here is @cryptomanran‘s recent interview with CZ, the founder & CEO of Binance, the largest and most powerful crypto exchange in the world. Is CZ the most powerful man in crypto right now? Comment below and let us know what you think!